"Lake House, After the Storm"

I just recently completed a painting titled "Lake House, After the Storm".
It is a long canvas, 30 x 66 inches, oil on linen. I love working on this format as it lends itself to narrative and enables me to create a sequence of  events that tells what the beginning of the story is, (even if the catalyst for the narrative is outside the picture plane), what is happening in the picture plane, and what is likely to happen outside the picture plane on the other side.  The idea for this painting grew out of other images that I have been working on in the past few years - the floating room paintings like "Water Music" and "The Attraction of Fishing" as well as "Moon River" where the water is slowly wending its way into the interior. 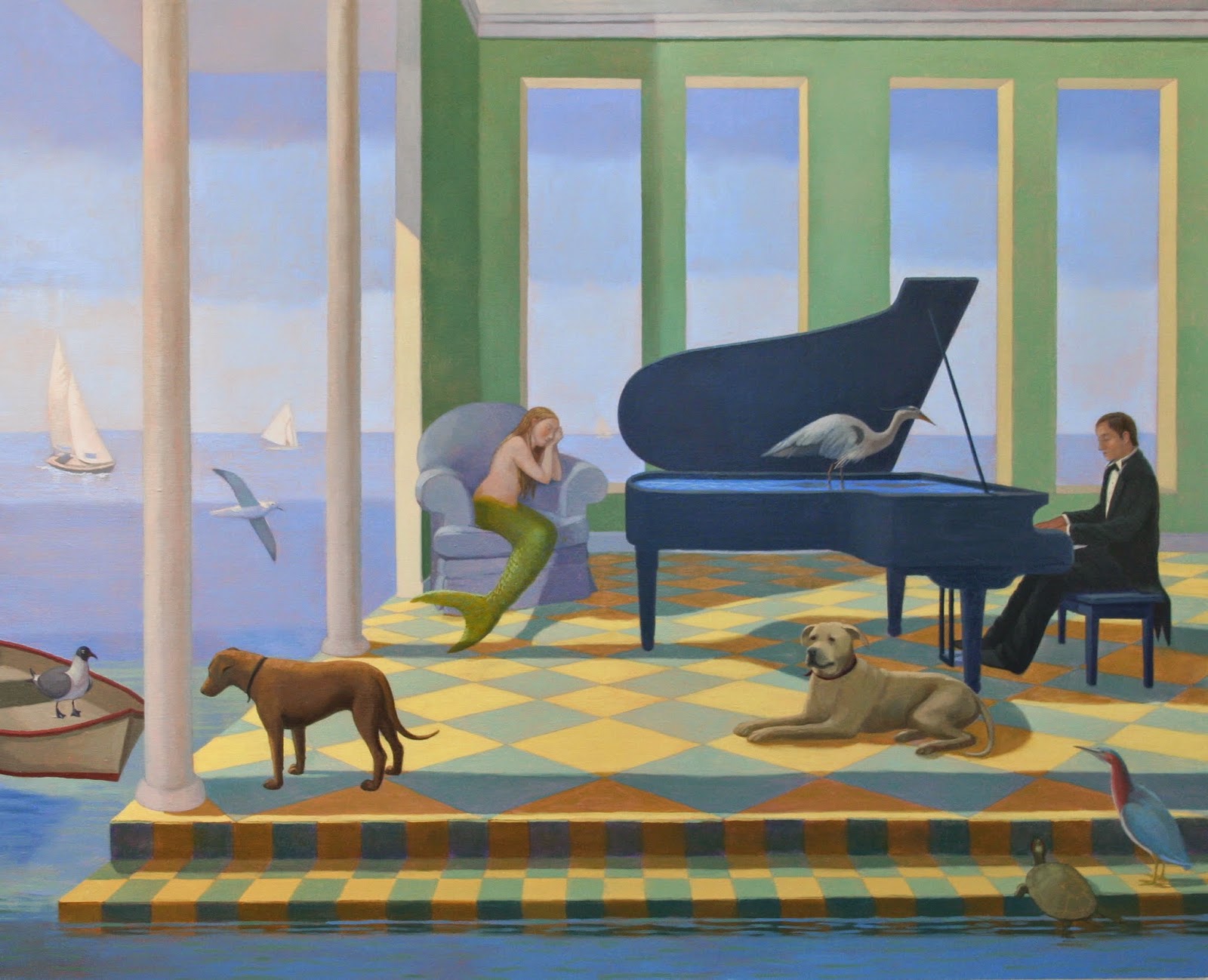 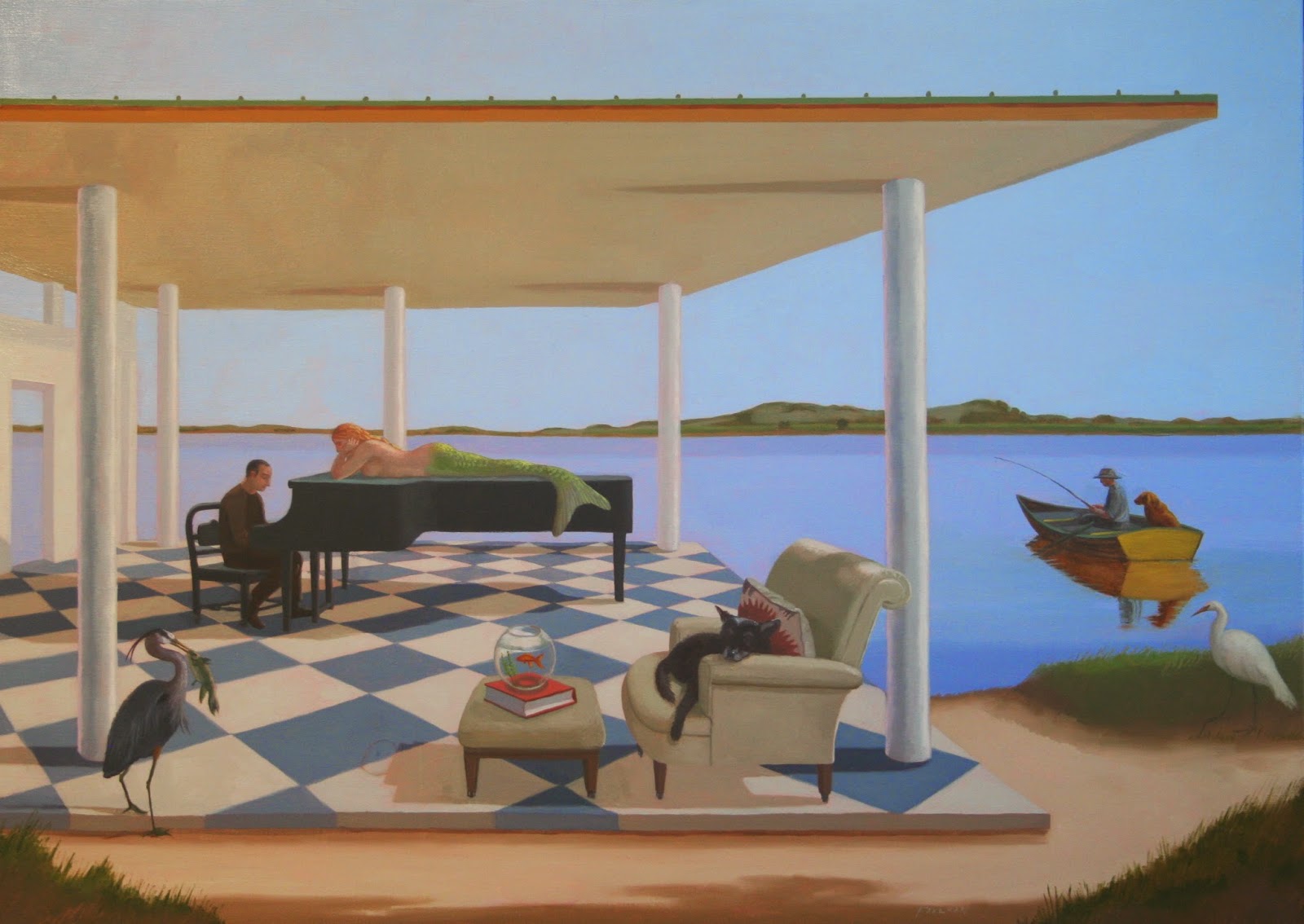 "The Attraction of Fishing" 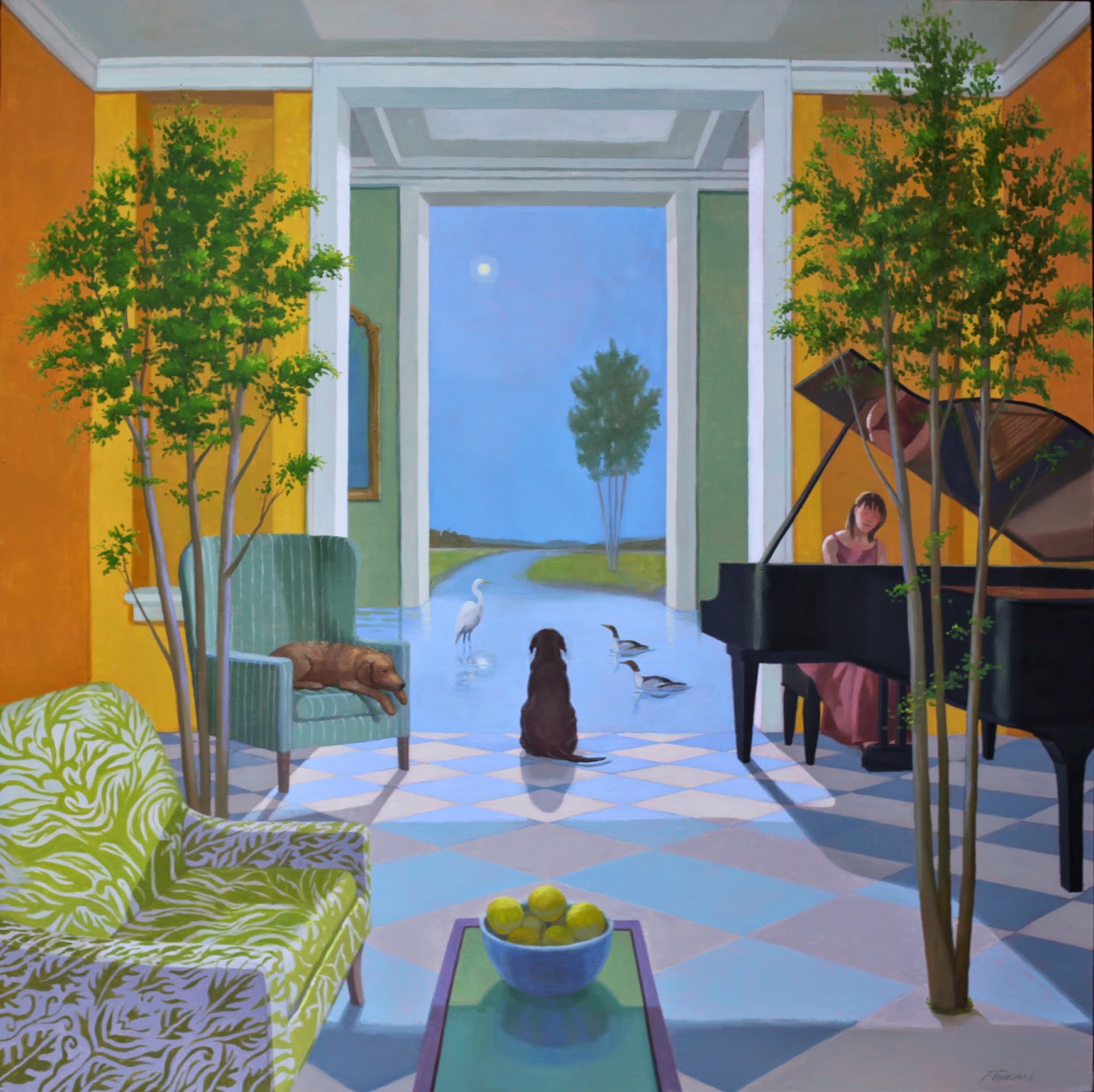 I composed "Lakehouse"  using a series of arches to emphasize the right to left movement as well as to isolate the series of vignettes and images. I liked the idea of painting a room and then "flooding" it by glazing color over the floor plane.  I have always been fascinated by images of flooded rooms after natural disasters and how a room seems familiar but at the same time is rather disorienting.

The kernel of the idea for "Lake House" came to me one day when I was walking my dogs in a fundraiser for Best Friends Animal Society with Lucky Dog Rescue. For part of the walk I strolled beside a young man who told me that he first got into animal rescue after Hurricane Katrina. He was working for a company in the south, so he went to New Orleans to help. His job was to paddle around the flooded homes and pick up animals that were stranded. He said it was a very moving experience and he has been involved in animal rescue ever since. The image stayed in my head and even though I know his experience didn't look anything like this painting, the image was inspired by his story.

I tried to make the interior in this painting some what timeless with the classical columns and arches, and the fresco on the exterior wall. I wanted it to create an association for the viewer of ruins or a once beautiful place that is being threatened or destroyed, so the title "Lake House, After the Storm" is meant to evoke an association of the threat of global warming on our environment.

Here are some images of the process: 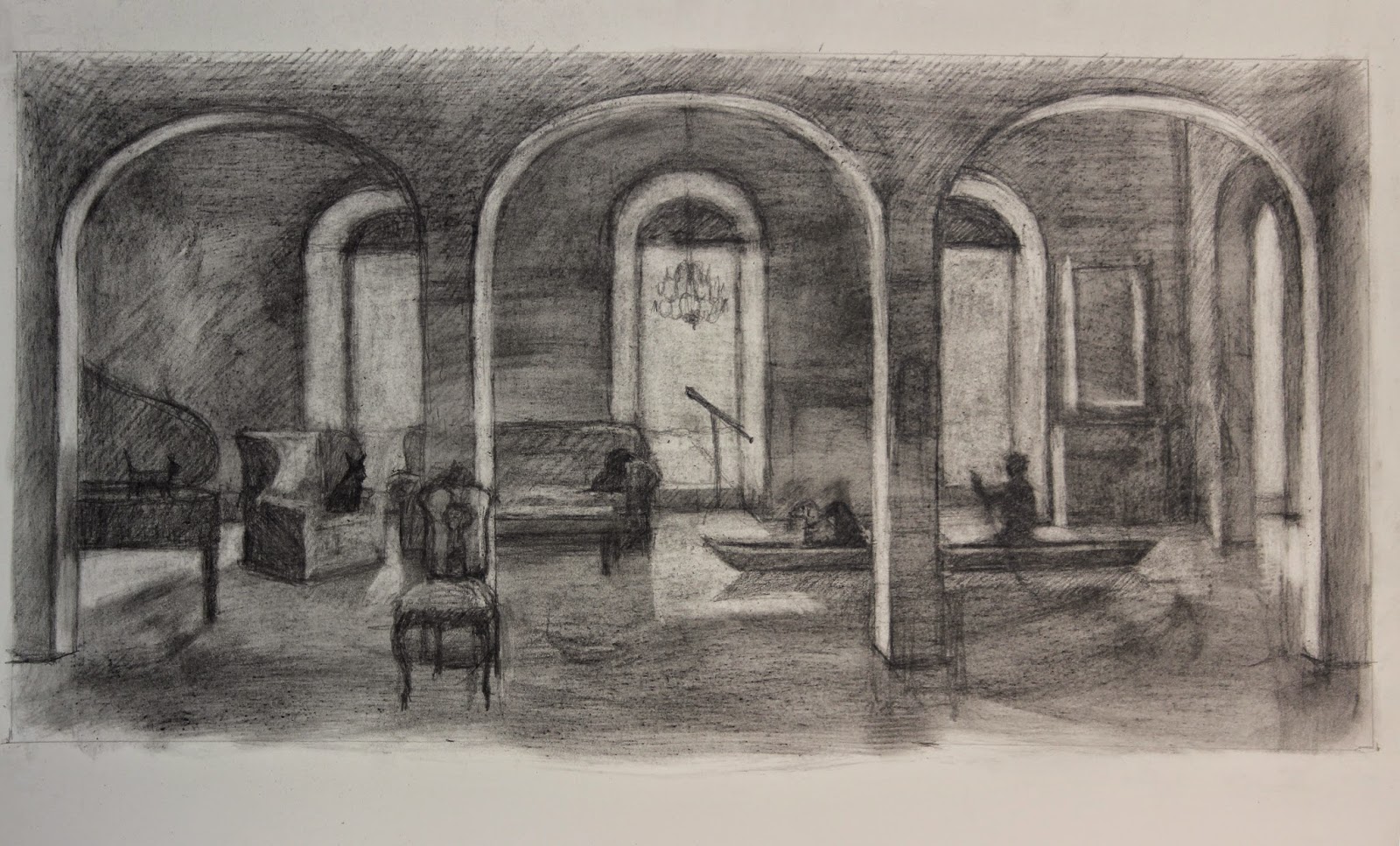 Graphite study for composition and light 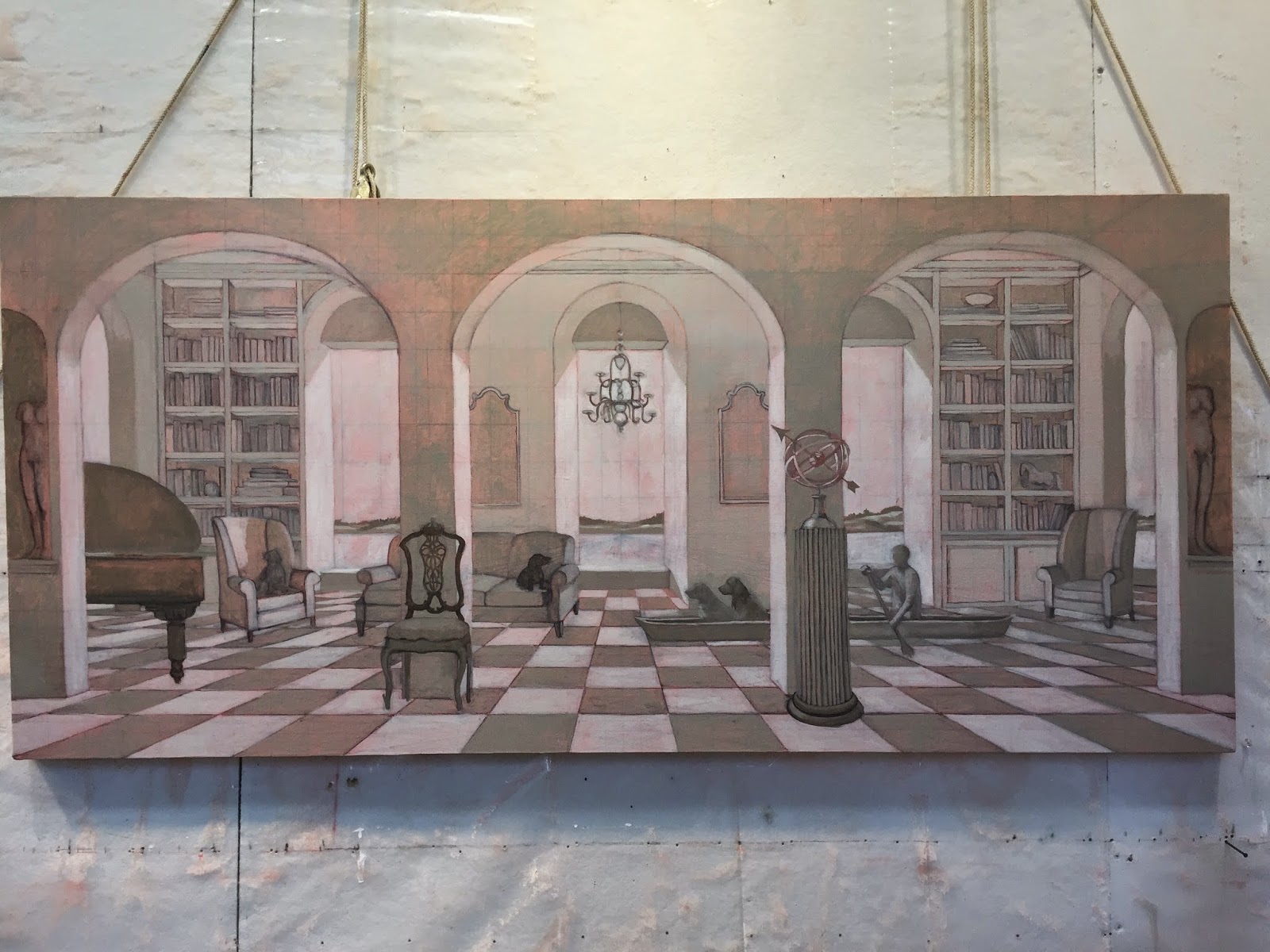 Underpainting in grisaille on gessoed linen 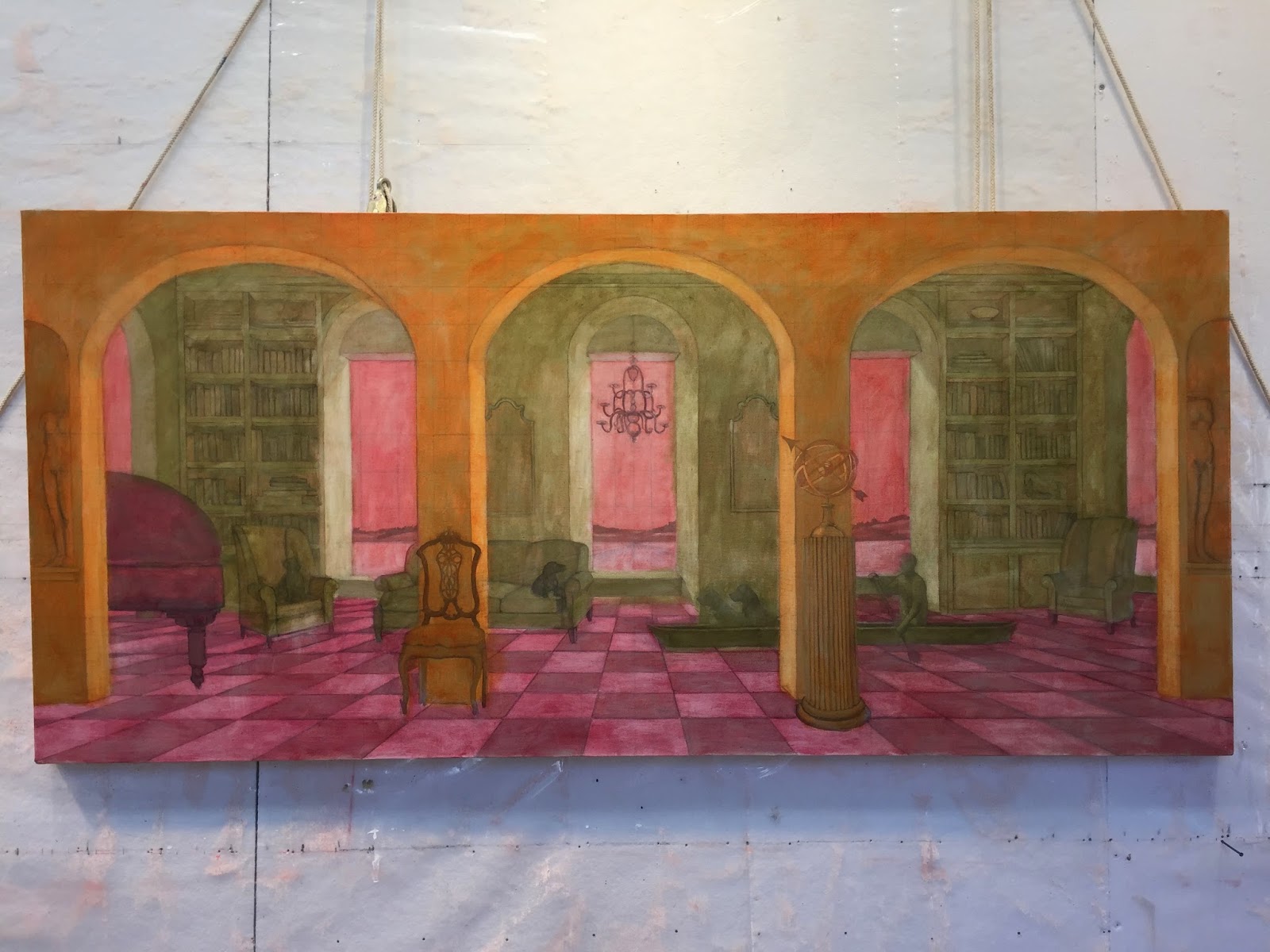 First glaze or "imprimatura"  over the underpainting 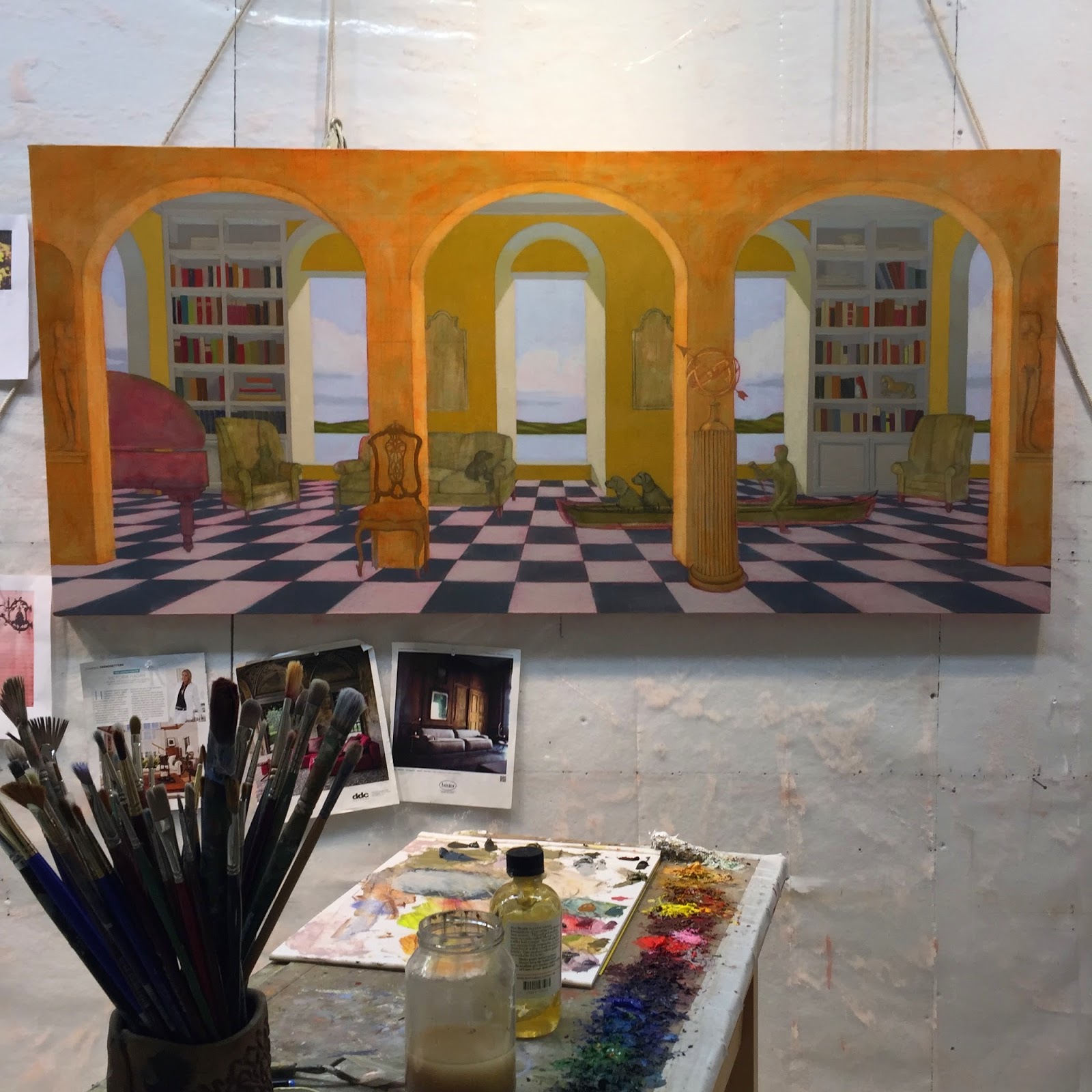 The finished painting
(click on it to enlarge the image)

Posted by Kathryn Freeman at 1:35 PM No comments: