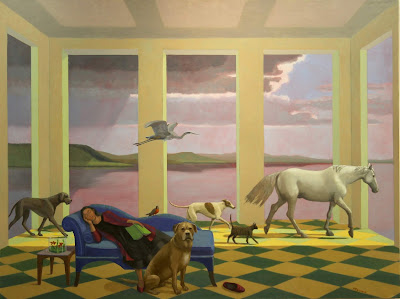 I got out of bed and tiptoed to him
and sat down
He leaned against me and spoke in a deep baritone
which I always imagined he would have
I am sorry I left without explaining
But you shouldn’t grieve for me
We all know we will be leaving and moving to our next life
Who is We? I asked, pressing my forehead against his
The Animals, he said.
We exist before we come to earth and we exist after we depart
We learn while we are there-
about human frailties and strengths
about cruelty and kindness
and we give selfless love to those who care for us, to those who need us
Then we get our next assignment
and we depart
So please don’t grieve for me, you see
We are all just passing through like the river.